Originally a Carthaginian city, Sicca became Sicca Veneria under Roman rule, due to its important shrine to Venus. The city was built on a cliff face, leading to its modern name, which translates to “the rock.” Over the years, Sicca was the sight of several fascinating incidents, including the mercenary wars, the first engagement between Marius and Jugurtha, and even the crowning of a seven day emperor. The Vandals conquered the city around 439 A.D., and later became a part of the Berber Kingdom. Although the modern city of El Kef has covered much of ancient Sicca, those remains still present are in remarkably good condition. 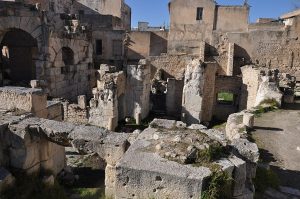 Following the First Punic War between Carthage and Rome, Carthage suffered greatly under the heavy tribute owed to Rome. Unable to pay their Numidian mercenaries, they unwisely gathered all of the mercenaries together in Sicca until they could gather the payments. However, with little to do in Sicca, the men sat around tallying up all of the money owed to them. This included large sums that the Carthaginian generals had promised and never seriously intended to pay. The general Hanno attempted to convince them to renounce some of the money expected, but that only heightened their anger and discontent, and they began to organize in mutiny. Increasing confusion, anger, and mistrust eventually boiled over, and the soldiers organized to march on Carthage. 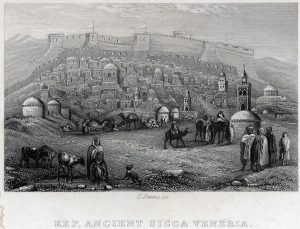 The Carthaginians sent Gesco, a highly respected general, to reason with the mercenaries. However, riled up by two men, Spendius and Mathos, the mutineers seized Gesco and the other Carthaginians and threw them in chains. As a result, Carthage declared open war, and eventually sent Hamilcar Barcas to coordinate the war. Desperate not to appear weak, Spendius and Mathos brutally executed their captives, starting by cutting off their hands. After that, “they cut off the wretched men’s other extremities too, and after thus mutilating them and breaking their legs, threw them still alive into a trench” (Polybius 1.80). Spendius attempted to surrender, but due to a misunderstanding he was instead crucified in sight of his comrades. Mathos and the remaining mercenaries fought on, but eventually Hamilcar defeated them. Mathos was captured, paraded in a triumphal march, and then eventually tortured and crucified.

Sicca again saw chaos between 112 and 106 B.C. during the Jugurthine Wars. Rome and Numidia had formed a close alliance following the Second Punic War. When King Micipsa of Numidia died, he left the kingdom to his two sons and his nephew, Jugurtha, naming Rome the arbitrator of his will. However, Jugurtha was not content to divide the kingdom with his two cousins. He assassinated Hiempsal and declared war on Adherbal, pursuing him to Cirta. There, with the help of Roman equites living in the city, Adherbal defended against Jugurtha for a time, but eventually surrendered. Jugurtha executed his cousin, and unwisely executed the Roman defenders as well. Infuriated by the death of Romans, the Senate declared war. After three years of war, the Senate sent Quintus Metellus. 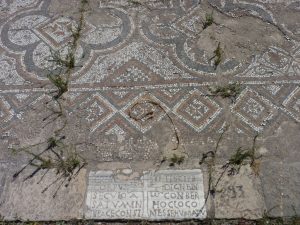 With him was Gaius Marius, then just a plebian tribune, but soon to become famous for his civil war against Sulla. Yet Marius almost lost his life in Africa when he was sent to forage for supplies at Sicca. Jugurtha learned of the foraging party and hurried toward the town, engaging in a skirmish with the Roman forces as they were leaving the gates. Jugurtha urged the citizens of Sicca to surround the Roman cohorts from behind and fight. However, Marius and the Romans fought fiercely and broke out before the Siccans were able to mobilize. Marius escaped, returned to Rome, ran for consul, and returned to take command of the Roman forces in Numidia. In 106 B.C., Marius convinced King Bocchus of Mauretainua to betray Jugurtha. Jugurtha was paraded through Rome in Marius’s triumph, and then thrown into prison. He died of starvation in 104 B.C.

In 265 B.C., Sicca held a Roman emperor for seven days. The Emperor Gallienus was proving to be more interested in luxury than ruling, and pretenders to the throne sprung up in all corners of the empire. In Sicca, Vibius Passienus, proconsul, and Fabius Pomponianus, general of Libya, decided to sponsor their own bid for the throne. They chose a man named Titus Cornelius Celsus. He had never risen high in rank, but he was a man of good character and capable of command. They clothed him with a royal robe taken from the statue of a goddess and proclaimed him their emperor. 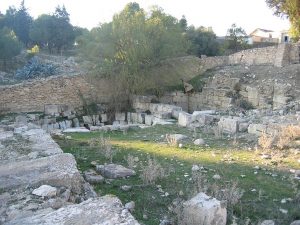 Unfortunately for Celsus, his reign was short-lived. After only seven days, Galliena, cousin to the emperor, killed Celsus. The people of Sicca were also loyal to Gallienus, and in disgust, they left his body to be devoured by dogs. They then made an image of Celsus, placed it upon a cross, and danced about it in triumph.

The modern city has incorporated much of the ancient city, and still more remains deep below the ground. However, of the Roman buildings that do survive, several are in an excellent state of preservation.

Bath house: Multiple walls of this building still exist almost to their full height, along with several arches. The hexagonal pool still sits at the centre of the frigidarium. There are also some mosaics which survived in situ. A series of 12 cisterns with barrel vaulted ceilings most likely provided the water for the baths. These also survived largely intact. 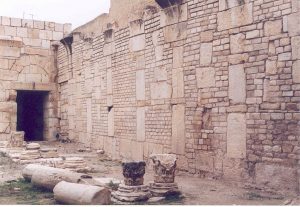 Dar El Kous (Basilica of St Peter): This is a 5th century AD Christian Basilica that has seen little damage since ancient times. In 1891, during the period of the French Protectorate and after only minimal restoration, the building was reopened and once again used for catholic church services. It contains three naves and an atrium. Although the roof is missing, the exterior walls still exist at almost their original height. A beautifully preserved 6m wide apse still survives. Excavations in the 19th century suggest that the basilica lies on the site of an earlier pagan building, possibly the city’s capitolium.

Ksar el Ghoula: Another early Christian basilica of which significant remains still survive. The thick exterior walls of the building exist to the height of a few feet and some features of the building’s interior can still be made out. 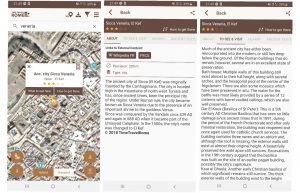